Proclaiming past, present and future

- September 05, 2022
‘He will wipe all tears from their eyes, and there will be no more death, suffering, crying, or pain. These things of the past are gone forever’  (Revelation 21:4)  My favourite musicians ‘The Proclaimers’ are about to release a new album titled ‘The world that was’. The lyrics of the opening track have just been revealed and one line has really caught my attention: ‘worship of a past that never was is totally demented’ . Craig and Charlie have never minced their words, and here I think they have again got it spot on! (watch video above) A special moment of my sabbatical was spending time at Ampleforth Abbey in North Yorkshire. This community of prayerful Benedictine monks has provided me with sanctuary and inspiration many times. The theme for the formal part of my retreat this time was ‘The Transformative Journey’.   Based on the writings of Franciscan, Richard Rohr, a small group of us were led through a series of reflections on the ups and downs of life. Our retreat leader Fr.
Post a Comment
Read more 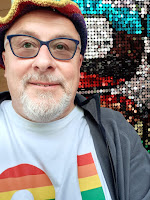 As I reach the point in my sabbatical when I must recognise that it is coming to an end, I reflect on three glorious months during which I have experienced so much, learned things about me and the world which shaped me, and slightly unexpectedly discovered new worlds of possibility, filled with exciting visions of a world constantly reshaping and renewing. I signed off at Easter in the Circuit newsletter by describing some of my hopes and activities that would come together in my search for the 'pennies', the significant places, people and experiences, that have been the foundation of my life. I have done some of all the things I planned, as well as finding many unexpected delights along the way. The way in which the significance in each of the elements has balanced out has surprised me. This is what I wrote before I started. Our ministry can be an intensely lonely experience in which we are too often seen as ‘different’ and put on a pedestal, from which we spend our time cari
Post a Comment
Read more 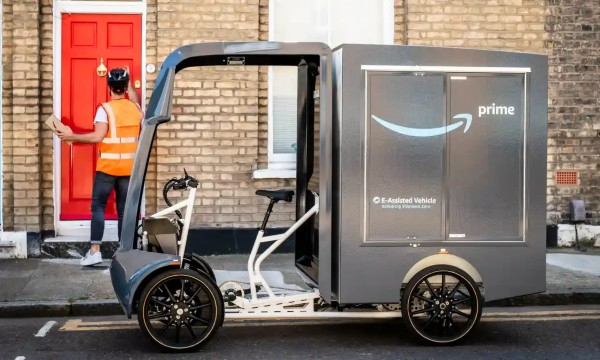 Bikes, scooters, e-bikes, e-scooters, cargo bikes, bikes carrying 3 children, a cargo bike carrying 3 traditional bikes, mopeds and e-mopeds, roller skates, skateboards and even an electric unicycle;  the roads (and more worryingly the pavements) of Hackney sometimes feel like a battle ground for space, and that's before factoring in buses, cars and vans. As a cyclist, pedestrian and occasional driver amidst all the mayhem, I sometimes wonder how to avoid all the hazards. So a day discussing 'perceptions of self driving vehicles' had a special fascination. Part of a government funded study a small group of us gathered in engineering workshops at Imperial College London. We heard about the technology which will eventually lead to fully autonomous vehicles taking to our roads. A timeline of 10 years was suggested to get to the point where human intervention in the journey can be completely eliminated, but the progress will be rapid and we can expect the rapid introduction of
Post a Comment
Read more 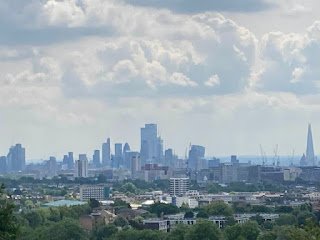 The underlying theme of my recent musings grew out of an interest in ordinary, domestic architecture and design. The new residential communities of the 70s and 80s changed the way we live, where we live and the landscape around us.  But, taken house by house, estate by estate we don't recognise just how big those changes were, yet the lure of the 70s villa and its successors have had dramatic effect. We just need to stand back and take in the sheer scale the changes. Especially in the current political and economic climate, which can feel as though it is replaying the darkest moments of earlier decades, it is tempting to suggest that in reality 'nothing much changes'. If there is truth in that, maybe it is because we are scared by the breadth of possibility which lies before us and convince ourselves that tiny, incremental change is all we can cope with.  I moved out of my cosy, domestic interests to visit an exhibition of the work of architect Zaha Hadid. Known the sweepi
Post a Comment
Read more

more than joining - being a member 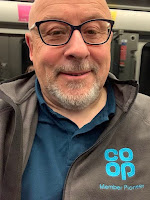 As I walked past the site of my primary school the other day, the school now gone and replaced by machinery for the building a new car park, I'm sure I heard the sound of old playground games long forgotten. One of those involved groups of us, arms round each other, shouting 'join on, join on for...' encouraging others to join the line until it was as long as the yard was wide. I can't remember what we wanted our friends to join, no doubt something to do with whatever we had been talking about, or perhaps had seen on TV the night before. That bit was irrelevant, what mattered was the length of the line we formed. Then the bell rang and we dispersed to our classrooms, our kinship was short-lived. I was on my way to a meeting of Co-op Member Pioneers, whose ranks I have recently joined. The ice breaker for the day involved us standing in a line across the meeting room arranging ourselves in order of how long each of has worked for Co-op. I was at the very start of the li
Post a Comment
Read more

from orange to greige - the colour of our life 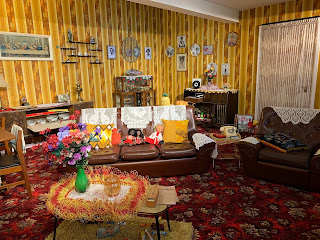 Colour and style define eras. According to a recent article about trends in interior design the defining colour of the last few years is 'greige'  It’s not beige, it’s not grey: it’s greige – and it’s why all our houses look the same | Interiors | The Guardian  There are many subtle variations, and I admit our current house is painted throughout in 'Egyptian Cotton', definitely a variety of greige.  The other day someone was talking about a book of household management from times gone by. It was published in 1976 and I muttered under my breath - 'that's not history, I was there' - and 'I remember it well -it was hot!' In my memory the long, dry, hot summer of that year was the absolute antithesis of greige. Of course, it was more than the weather, so much about the early 70s was set against a backdrop of bright, primary colours, especially our homes. My on-going project is about reflecting on how the contexts in which we have and continue to live, s
Post a Comment
Read more

anyone found a penny? 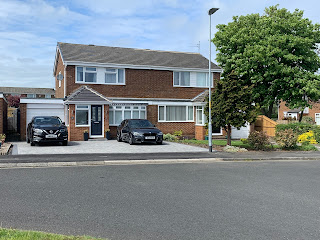 It had to be done. A trip in search of the house in the foundations of which I placed the penny which has given the title to these ruminations. So here it is: The visit of course was a bit of an anti-climax, I was hardly going to ask the current occupants if I could pull up their kitchen floor! But, it was a necessary act of pilgrimage. The house we eventually lived in (several years later!) can just be seen in the background - there is more about that in a previous post. The house with the penny was built in 1973 and as a family we finally moved to Cramlington in 1977 calling it home for four years. Though I have visited the town frequently over the years it was interesting to take this moment to think about the way it has developed and continues to grow. Built round a number of existing communities, even in early 70s it felt like a well established place, with a sense of coherence. Perhaps those who had lived in the old villages felt less sure about the new estates which were filling
Post a Comment
Read more
More posts